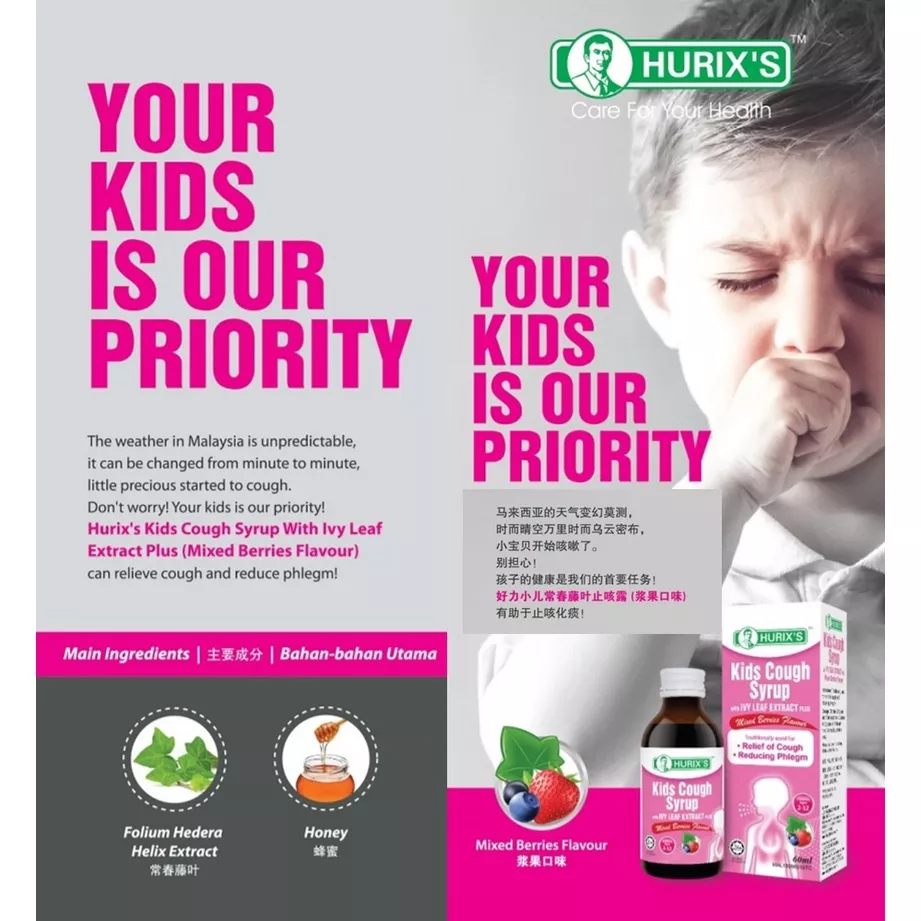 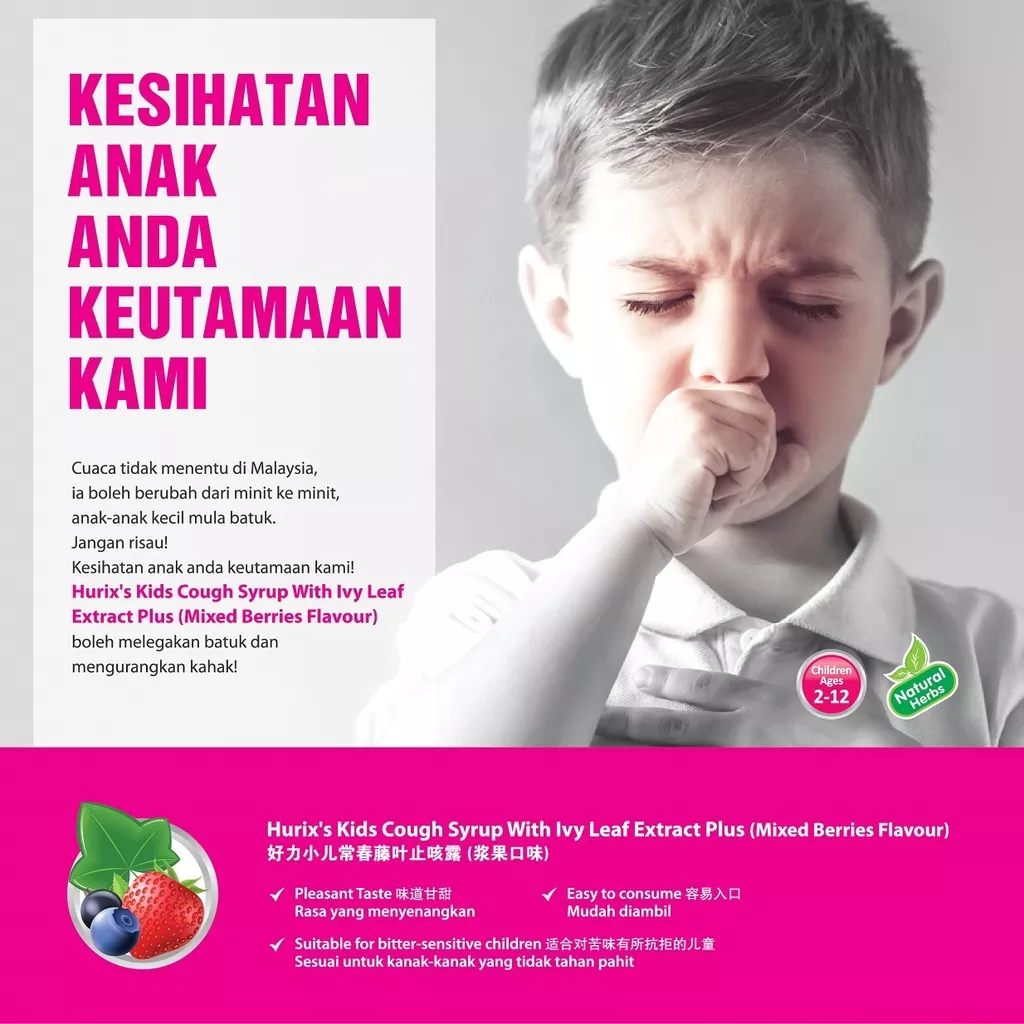 - Traditionally used for relief of cough and reducing phlegm.

Ivy leaf (Hedera Helix) is known as a traditional ingredient that's been used for centuries to support bronchial health.

One of the studies (Wiad Lek. 2020;73(4):668-673), over 5,000 children with productive cough who received ivy leaf extract twice daily, researchers found that their parents reported the ivy leaf helped significantly. About two-thirds of parents said that they were very satisfied with the therapeutic effect of the ivy leaf on their child’s cough.